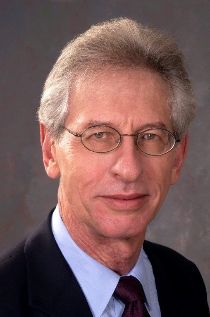 Still working full time! Clive lives (and still works full-time) in Manhattan, New York, and his family includes his wife Daphne, an Art Historian, and  three children, Peter, a Professor in the Department of Political Science, New York University, Nicola, an interior designer, and Adam, an MD Clinical Pathologist working in a biotechnology company. Of interest, Clive and the late Phillip Tobias were first cousins.
Clive Rosendorff says, “My debt to Wits University, and particularly our Medical School, is enormous. It was here that I learned the craft of medicine, and also that much of medicine is applied basic science. What a privilege it is to have been at the medical school then to learn from some of the giants of basic science and then of clinical medicine!”  Biography contributed by Clive Rosendorff, MB BCh (Rand) MD, PhD, DScMed Manhattan, New York, July 2020 Professor of Medicine (Cardiology), Icahn School of Medicine at Mount Sinai, New York, NY, and James J. Peters VA Medical Center, Bronx, NY. e-mail:  clive.rosendorff@va.gov
WitsUSA